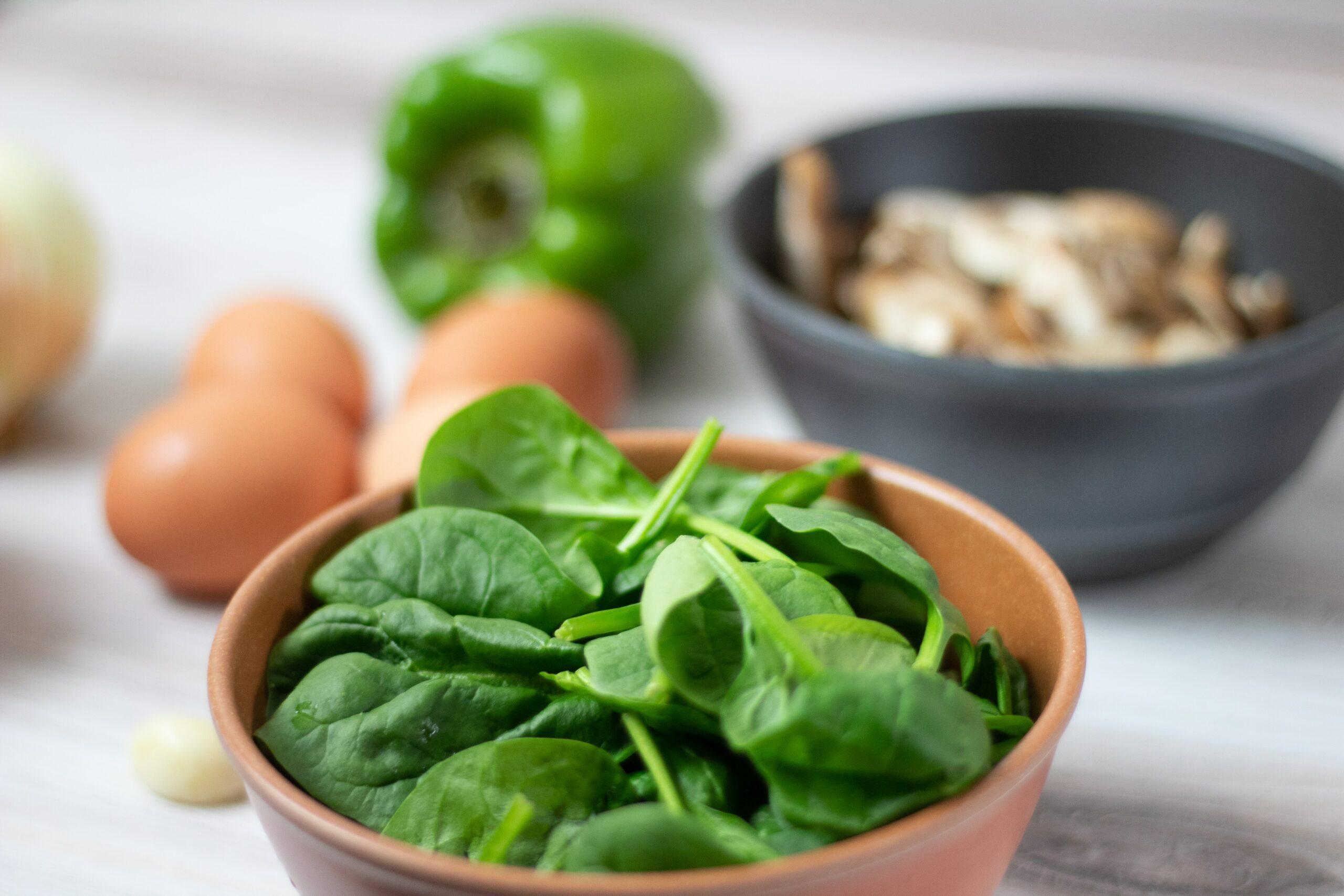 What Is Magnesium Deficiency?

Your body is a breathtaking symphony of intricate biochemical pathways working in harmony every second of your life. We often take for granted the many facets which make up our bodies and how these simple elements and chemical reactions compose our very being. One small component of our body’s composition is magnesium. Magnesium, along with calcium, potassium, chloride, and sodium are all electrolytes, needed for our brain, nerves, heart, eyes, immune system, and muscles to function.

We function best when magnesium in our body is at its optimal level. When we are lacking in this mineral, or suffering from a magnesium deficiency, our perfect symphony is out of tune, and this disharmony leads us down a path to health problems.

One of the most overlooked nutrient deficiencies that I find as a functional medicine practitioner is magnesium deficiency.

As the fourth most abundant mineral (1) in your body, magnesium is crucial to accomplishing at least 300 important biochemical reactions. If you are magnesium deficient (like 50 to 90 percent of us are), (2) you are most likely experiencing some symptoms.

Why Would Your Magnesium Be Low?

Why are so many suffering from magnesium deficiency? There are four primary reasons:

Studies suggest (3) that kids who took 200 milligrams of magnesium daily over six months saw a significant decrease in hyperactivity symptoms compared to children in the study who did not supplement with magnesium.

I have personally dealt with adrenal fatigue in the past, and I can vouch for magnesium and cortisol’s role in calming stress levels and rehabilitating hormonal systems. Magnesium helps to regulate cortisol levels, allowing for more balanced hormone production which is essential in our fast paced culture.

Magnesium works in the brain to calm down the excitatory NMDA receptor. With a magnesium deficiency, calcium and glutamate activate NMDA unchecked, which can lead to depression and anxiety. (4)

Researchers are suggesting that those who do not include enough magnesium-rich foods in their diet have a higher rate of asthma. One reason could be that magnesium may facilitate healthy bronchodilation. (5)

In a study published in the prominent medical journal Lancet, (6) researchers found that about fifty percent of the hundreds of participants with chronic fatigue syndrome were dealing with magnesium deficiency. These participants saw an improvement of symptoms when they received injections of a 580 milligram supplement.

Studies also suggest that those taking a magnesium supplement lowered their blood pressure levels by up to 12 points. (7)

Every 43 seconds someone experiences a heart attack. A study published (8) in the American Journal of Cardiology found that a lower level of magnesium intake increased the risk of coronary heart disease by 50 to 80 percent. In a separate double-blind, placebo-controlled study, (9) participants received either magnesium or a placebo for a period of one year. Over the course of one month, the magnesium group received 6,000 milligrams of magnesium orotate, and 3,000 milligrams of magnesium orotate for another 11 months after. The survival rate of these high risk patients was 76 percent in the magnesium group compared with 52 percent of the placebo group.

9. Migraines and other types of headaches

Half of people in the United States report having at least one headache per month. Millions of others are struck with painful migraines. It is estimated that about half of those who suffer from migraines are magnesium deficient. (12) Researchers looked into this, and found that 60 percent of those who suffer from chronic migraines have genetic changes that decrease their body’s ability to metabolize magnesium. Magnesium relaxes blood vessels in the brain. Ionized magnesium administered through an IV significantly reduced pain within 15 minutes in more than 80 percent of patients.

Half of the US population has some kind of insulin resistance which runs the gamut from metabolic syndrome to type 2 diabetes. A 15 year research study published in the medical journal Circulation showed (13) that among approximately 5,000 people, those who took higher levels of magnesium had a decreased risk of metabolic syndrome. A similar study published (14) in the American Journal of Epidemiology followed more than 1,000 healthy adults for five years. This study suggests that greater magnesium intake improved insulin sensitivity in these individuals. Other studies suggest that magnesium also improves triglycerides, (15) another marker of metabolic syndrome and diabetes. Addressing a magnesium deficiency can prevent any of these benefits.

Magnesium deficiency is often an overlooked factor when it comes to those dealing with thyroid problems. Magnesium is an essential component to the production of thyroid hormones. (16)

People who have OCD were found in studies to have lower levels of magnesium (17) compared to individuals in control groups.

Spontaneous spasms, cramps in your muscles, or “charley horses” are not really random - they are the most common signs of magnesium deficiency. (18)

The death of human endothelial cells and fibroblasts at a rapid pace contributes to early aging and age-related diseases. (19) Having a magnesium deficiency is indicated in the acceleration of these processes.

Research done at MIT found that magnesium is key in regulating brain receptors that are necessary to learning and memory function, and that supplementing with magnesium helped clear so-called brain fog. (20) Magnesium also supports the brain’s lifelong function of adapting, healing, and adding new neural pathways. Getting enough magnesium may help slow down and reverse signs of cognitive decline.

A study in Poland showed that those with skin allergies saw substantial improvements in their skin with magnesium supplementation. (21)

Research has found (22) that magnesium supplementation helped improve all the major physiological markers associated with insomnia. For instance a neurotransmitter, GABA is key in the body’s regulation of its sleep system, and GABA receptors in the brain need magnesium to function properly.

In two studies published in the American Journal of Clinical Nutrition (23) a strong correlation between magnesium deficiency and low bone density was found. Low bone density increases one’s risk of osteoporosis and fractures.

When supplemental magnesium (300 mg) was taken for one year by participants in a randomized controlled study bone mineral content (24) increased.

To Elevate Your Wellness 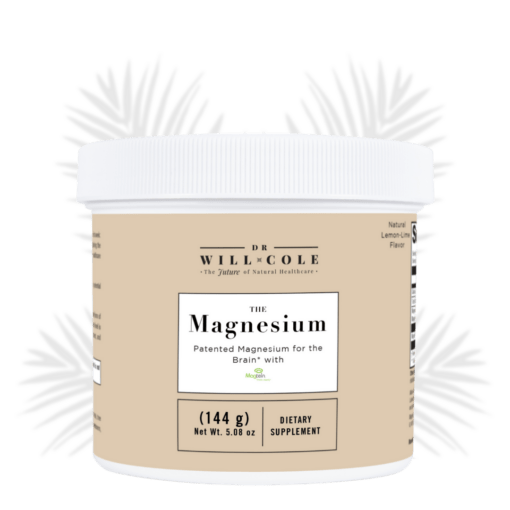 Since it is difficult to get adequate magnesium through diet alone, supplementation can still be important, especially when trying to correct magnesium deficiency.

What To Look For In A Magnesium Supplement

Since there are multiple different forms, I formulated a magnesium complex that combines 4 different forms to create a well-rounded and bioavailable option. The Magnesium combines Albion chelated magnesium with Magtein ™ (magnesium L-threonate) which boosts the brain’s magnesium levels necessary for healthy cognition, long- and short-term memory, learning, and stress management.

This form is extremely bioavailable and is found in magnesium containing food sources.

This is most commonly used in supplements. Research shows (25) it only has a 4 percent absorption rate so if you are struggling with absorption issues this is probably not your best option. This low bioavailability gives it an intensive laxative effect that makes it a good constipation remedy.

Magnesium is combined with citric acid to make this form. At 16 percent, it has a higher absorption rate than magnesium oxide, but also makes a great choice for relieving constipation.

Since this form can pass the mitochondrial membrane, research is supporting its ability as a powerful neurological support and a good option for those with depression, anxiety, or magnesium brain fog. However, this form is not as readily available.

This is a whole new way to boost your magnesium levels. Instead of ingesting it, magnesium oil is placed directly on the skin. This makes it one of the best options for people with gut dysfunctions that limit absorption. Since it also soothes the muscles in your digestive tract, rubbing magnesium oil on your abdomen can combat an upset stomach.

Another way to get in magnesium is by soaking in epsom salts or magnesium flakes. One study showed that after 12 weeks of topical magnesium therapy – soaks and oils – magnesium increased by 25 percent in participants! No wonder soaking in magnesium is so relaxing – your muscles will be relaxed and you’ll be ready to head directly to bed.

What food is highest in magnesium?

Healthy foods are a great way to help with a magnesium deficiency. There are many foods, mostly plant-based, that contain magnesium. This makes it an easy nutrient for most anyone to obtain through diet. Here are some of the best foods for magnesium deficiency and their recommended daily portions.

It is extremely important to get support from a functional medicine expert that can help pinpoint your body’s specific functions, imbalances, and any other underlying conditions. With this guidance you can confidently follow the most effective treatment path for your magnesium deficiency and take back your health ASAP!

Don’t know if you’re dealing with a magnesium deficiency? We can help! As one of the first functional medicine telehealth clinics in the world, we provide webcam health consultations for people around the globe.

Named Top 50 in #FunctionalMedicine
1st Telehealth Clinic in 🌎
Host of The Art of Being Well 🎙
NY Times Bestselling 📚
ALL LINKS 👇🏽 (consults, 📚, etc)

There is so much medical gaslighting for people wi

Did you know that every single day, you take more