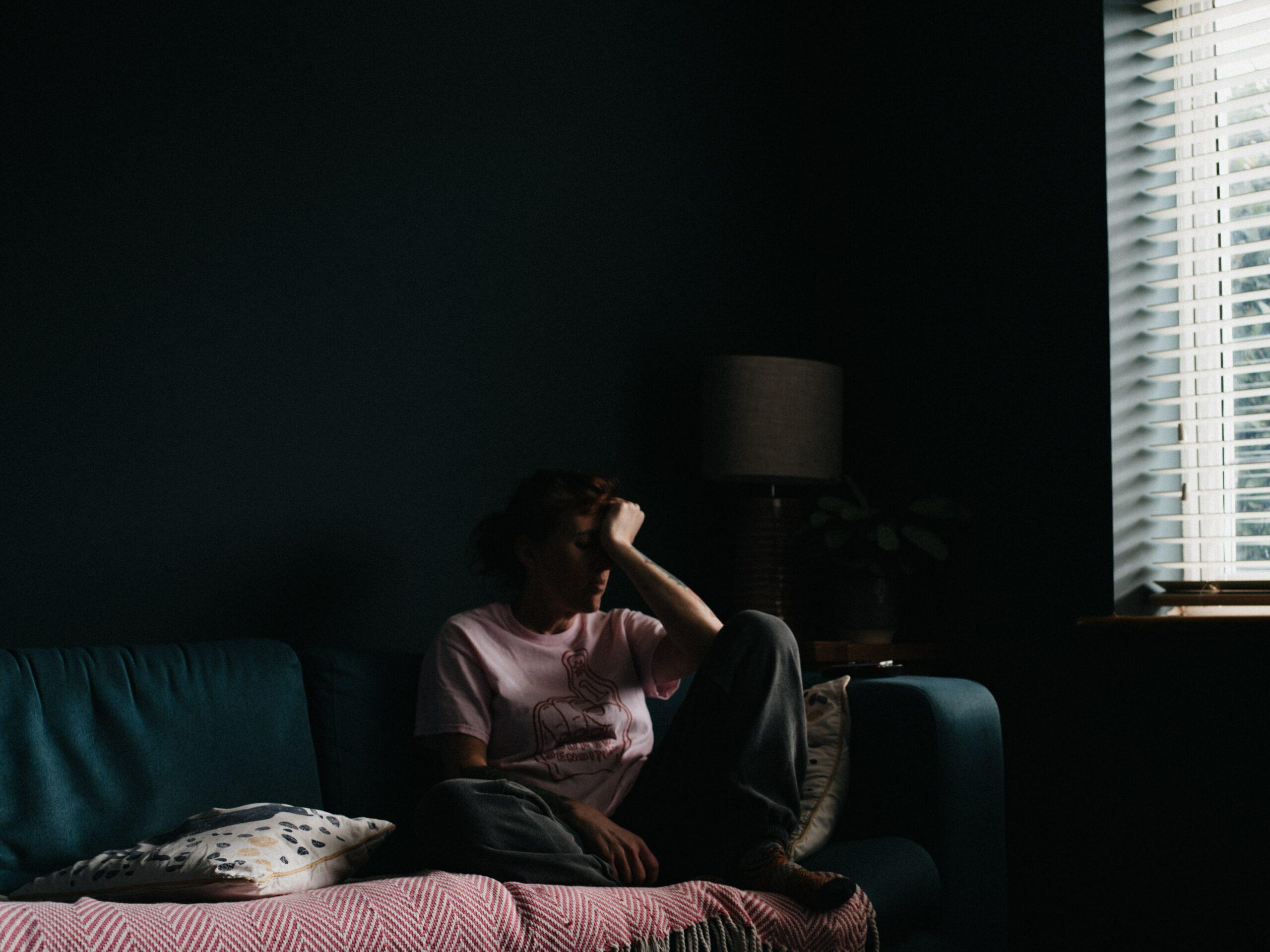 I see it all the time – through the years, from people of all different backgrounds from all different places. They tell me they can’t understand why one day they woke up feeling like “a train hit them,” no matter how much they slept. They are exhausted, craving caffeine and sugar foods just to get through the day.

Viruses are often the underlying missing link because they can be triggers for many health conditions. Chronic viral infections can wreak havoc on your health months or years later in life and they can be difficult to eradicate once they get a foothold in your system.

Viral infections can range from the common cold to HIV and hepatitis. Viruses are oftentimes the underlying missing link to triggering many health conditions. I am not talking about acute viral infections like the flu (influenza virus) although it could be the case. What I am speaking about are chronic viral infections. Long standing infections that wreak havoc on your health months or years later in life.

The viral infections that I see most are actually part of the same family: The herpes family. When most people hear the word herpes they think of the sexually transmitted disease (STD) or cold sores. There are actually eight identified members of the human herpes virus family so far, though many in the integrative health world consider there to be more varieties. This is also the group of viruses that cause chickenpox and shingles! Herpes is one rough family.

The four members of the herpes family that I see being an underlying trigger with seemingly unrelated health problems are:

EBV is one of the biggest contributors and the one I see the most in my clinic. In fact, a small-scale study (1) published in the medical journal PLoS One explored the link between antibodies against Epstein-Barr and chronic fatigue syndrome. Another 2015 Polish study (2) looked at the ability of EBV to “hide” in the thyroid and, once reactivated, stimulate the immune system to attack the thyroid, triggering autoimmune thyroid problems or Hashimoto’s disease, which is another common cause of fatigue.

Almost all of us have one or more of these viruses in our bodies, so the variable is not IF we have it, but will it be triggered and when? The name herpes comes from the Greek word ‘herpein’ or ‘to creep’ and that’s exactly what these viral infections do. They can stay dormant for years until an opportunity to strike occurs. A stressful time in your life, leaky gut syndrome, candida overgrowth, adrenal fatigue, or Lyme disease can all be the perfect time for the sleeping, latent viral infection to rise up, reactivate, and wreak havoc throughout your body.

Depression and anxiety are two of the top disabilities worldwide. Multiple studies (3) including one in 2014 found an association (4) between anxiety and depression with CMV, although we still don’t understand exactly the mechanism of how it does so. Similar studies have linked epstien barr virus (5) with forms of anxiety such as panic attacks and attachment disorders. The virus is also implicated in Lyme disease.

Epstein-Barr is the cause of “Mono” (mononucleosis) which causes extreme exhaustion, but it doesn’t stop there. More than one million Americans (6) have Chronic fatigue syndrome (CFS). These viruses have also been implicated (7) in this debilitating condition.

To read more about how to overcome thyroid problems click here

A Journal of Clinical Rheumatology study (9) found that CMV was a possible trigger for Lupus.

A study (10) out of the Scandinavian Journal of Gastroenterology actually found that the higher the level of HHV-6 and CMV that was found, the higher the severity of Inflammatory Bowel Disorders such as ulcerative colitis and Crohn’s disease.

This neurological autoimmune disease affects 2.5 million people worldwide, and millions more have unexplained neurological autoimmune reactivity. EBV is clearly seen in the medical literature as a potential trigger to MS. According to the Journal of Infectious Diseases, a shingles outbreak can nearly quadruple the risk (11) of MS!

Another neurological autoimmune disease is Guillain-Barré. A Clinical Infectious Diseases study (12) found CMV triggering GBS although the other herpes viruses have also been implicated. Underlying Herpes zoster (shingles) can also be the culprit for other cases of unexplained nerve pain (neuropathy).

Researchers have also looked (13) at the viral connection with yet another autoimmune-inflammatory neurological disease, Alzheimer’s. They found an increased risk of Alzheimer’s disease with CMV.

If you suspect you have an underlying viral infection here are my top tips to reboot your immune system and start the healing process:

I suggest getting a full viral screen to see if you have these or other unexplained health problems. Labs are able to tell if there is an active or past infection.

Methylation is a process that acts like a big biochemical superhighway, and facilitating a healthy immune system is one of its major functions. Studies have shown that EBV messes up methylation, (14) so those of us who have genetic changes such as MTHFR mutations and other methylation impairments can’t necessarily handle as much dysfunction in this area as someone whose methylation is normally unimpaired.

Support methylation with activated B vitamins and foods rich in B vitamins such as green leafy vegetables, onions, garlic, and grass-fed beef and liver.

Research shows that the healthy fats (15) EPA and DHA from fish oil decrease the chances of EBV being reactivated.

A 2016 study found (16) that vitamin D was able to bring down Epstein-Barr antibodies in patients with the autoimmune disease multiple sclerosis. Make sure to have your vitamin D levels tested to determine dosage, and shoot for the optimal range of 60 to 80.

5. Supplement with the herb astragalus

This root herb is used in traditional Chinese medicine (17) to fight off viral infections.

You can’t talk about the immune system without covering the area where the majority of your immune system resides: your microbiome. A study published in the Journal of Nuclear Medicine found (18) an increase in symptoms of fatigue and depression coinciding with an increase in bacterial endotoxins found in leaky gut syndrome.

I recommend having labs done to evaluate your gut health in the context of chronic fatigue. Endotoxins will raise immune labs, such as white blood cell count and inflammatory proteins such as C-reactive protein and IL-6.

Chronic exposure to mold (19) and mercury (20) and other toxins have been linked to chronic fatigue. To fight off their effects, bring more detoxing foods into your daily diet. Garlic, cilantro, parsley, spirulina, and sage are some of my favorites. You can use them in smoothies, on salads, or to flavor your meals. Try rotating these foods throughout your week for comprehensive detox support.

Emotional suppression, psychological stress, (21) and a lack of sleep are all linked in the medical literature to a reactivation of EBV. Start and end your day with mindfulness meditations – apps such as Headspace and Calm are great tools to try.

An amino acid called theanine (22) has also been shown to improve sleep and helps you to feel rested and rejuvenated when you wake up. Low-caffeine teas like white tea or decaf green tea are great food sources for this sleepy-time medicine. I have a cup every night.

9. Test for and address nutrient deficiencies

Low levels of iron, magnesium, (23) B12, and folate can all contribute to fatigue and weaken your immune system. Get labs to check your nutrient levels. If you don’t already, focus on eating a clean diet with a wide variety of nutrient-dense whole foods such as vegetables, fruits, organic meats, and healthy fats.

The extract from the olive leaf has demonstrated (24) antiviral capabilities.

Research published in the Journal of Ethnopharmacology saw this adaptogenic herb increase (25) helpful immune cells. Cortisol spikes (26) have been shown to trigger a reactivation of EBV, and ashwagandha also has a balancing effect on the main stress hormone.

14. Get a functional medicine perspective

Navigating viral chronic fatigue can be overwhelming. Finding a qualified functional medicine practitioner to put the pieces of your health journey together can be invaluable to your health and well-being. You may need to try several different approaches before you find what works for you, but a functional medicine doctor can make this happen more quickly and efficiently, as he or she surveys your entire lifestyle holistically rather than simply trying to relieve your symptoms.