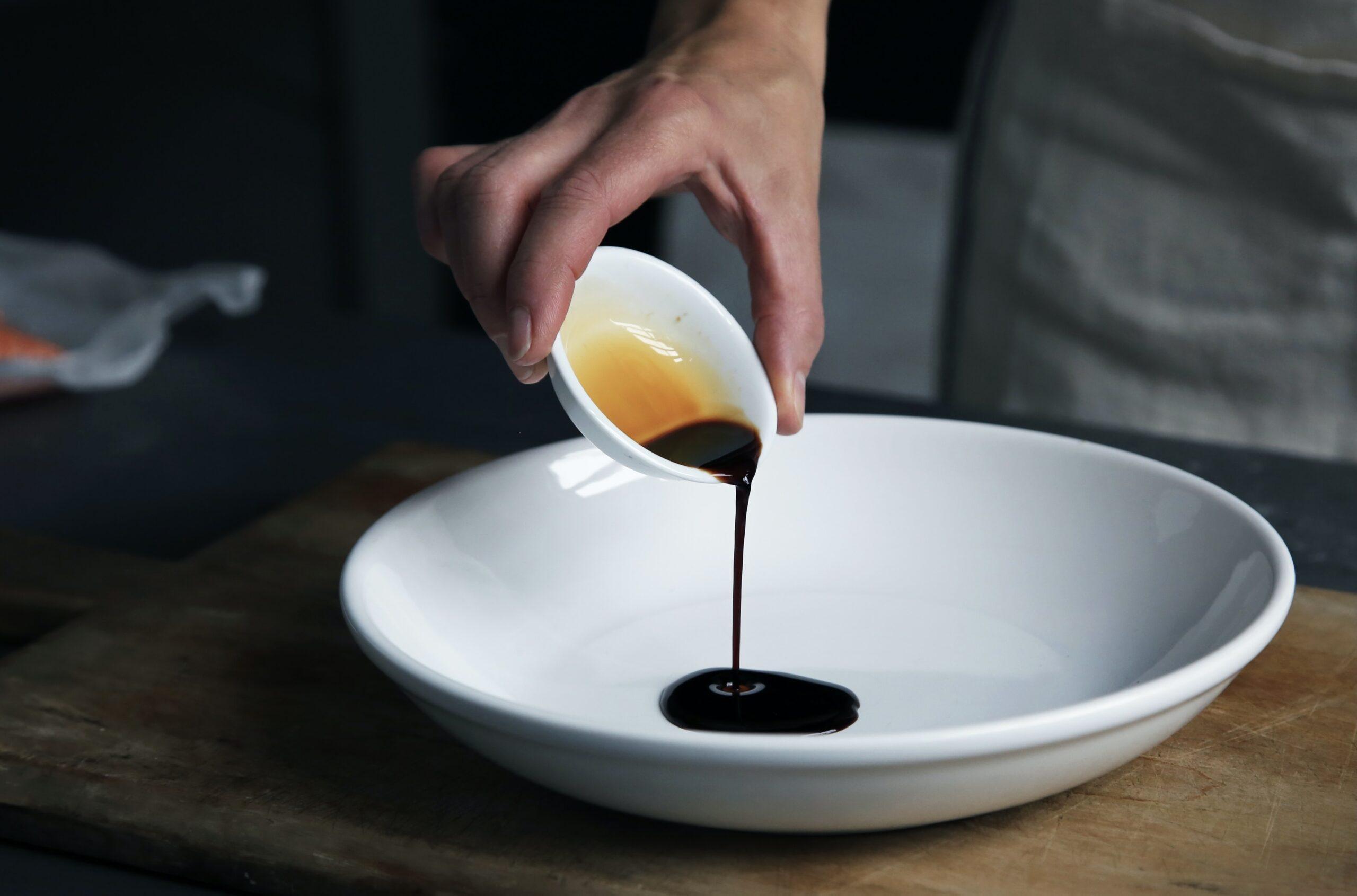 In a perfect world, our grocery carts would be full of healthy fats, clean proteins, fruits, and vegetables. Unfortunately, most of us are eating diets our grandparents wouldn’t even recognize, full of processed and refined foods, added sugars, preservatives, additives, and synthetic flavors. As a result, we’re seeing a serious rise in autoimmune disease, food sensitivities, and other lifestyle-related illnesses.

The good news is that saying “yes” to the healthy foods above does not mean saying “goodbye” to flavor. As a functional medicine practitioner, it’s my job to make sure my patients and followers have the skills to tell healthy foods from the not-so-healthy ones—but also the skills to prepare them in a way that tastes good and makes them feel satisfied.

The pros and cons of soy sauce

Soy sauce gives food a boost of umami flavor to any dish. It is often enjoyed in marinades, stir-frys, sushi and dumplings.

Unfortunately, soy is a major source of debate in the world of nutrition science. In functional medicine, we look at soy from a hormone health perspective; soy is a phytoestrogen, which means eating too much of it could potentially mess with your hormones and contribute to hormonal imbalances like estrogen dominance. Not to mention, the soy found in America is typically processed, genetically modified, and treated with pesticides. Knowing all this, I typically recommend avoiding consuming soy on a regular basis. This is especially true for my patients with hormone issues.

And it’s not just the soy that’s the problem. Soy sauce contains a ton of sodium (290 mg per teaspoon to be exact) and is also made with wheat, which can contribute to inflammation in the body, especially if you have a gluten intolerance or sensitivity.

So, what are the options to get this great umami flavor without the adverse risks?

Enter: coconut aminos. They’re one of my go-to ingredients for making healthy, Asian-inspired meals. Here’s what you need to know about adding coconut aminos to your favorite recipes.

What are coconut aminos and are they healthy?

Coconut aminos are a vegan, paleo, and keto seasoning sauce made from coconut palms and the nectar of fermented coconut blossoms. They have far less sodium than soy sauce—containing only 90 mg per teaspoon—and contain no additives (unlike so many other pre-prepared sauces). They’re available at most grocery stores or online and naturally contain no soy or gluten.

So are coconut aminos the next superfood? Not quite. You’ll often see coconut aminos advertised as being a good source of potassium, magnesium, zinc, and antioxidants but the truth is that you’d have to consume an impossibly large amount to get a beneficial dose of these nutrients. They’re less of a superfood and more of a super great substitute for soy sauce, which is a lot less healthy than many people realize.

To Elevate Your Wellness 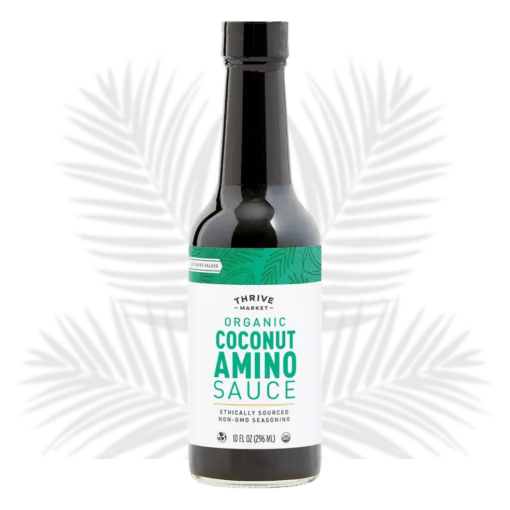 Wait, what about tamari?

If gluten is your number one concern when it comes to soy sauce, tamari is another option you might consider. It’s essentially a gluten-free soy sauce, made with ingredients like fermented soybeans, salt, yeast culture, and water. But is tamari really healthy? It might be gluten-free but it’s still very high in sodium and can contain additives and pesticides. If you do opt for tamari, buy a product that is organic and features non-GMO soybeans. In general, coconut aminos are a better choice and the switch is barely detectable when incorporated into a recipe. In other words: It’s a healthy switch that will benefit your health without affecting your taste buds. Talk about a win-win!

How to cook with coconut aminos

In case you hadn’t noticed, I’m a big fan of coconut aminos. They are featured time and time again in my plant-based keto book, Ketotarian, and I use them all the time at home. I add them to stir-fries, salad dressings, marinades, dipping sauces, soups, and glazes. If you’re still in need of a little coconut amino inspiration, here’s a coconut veggie stir-fry recipe from Ketotarian to get you started. 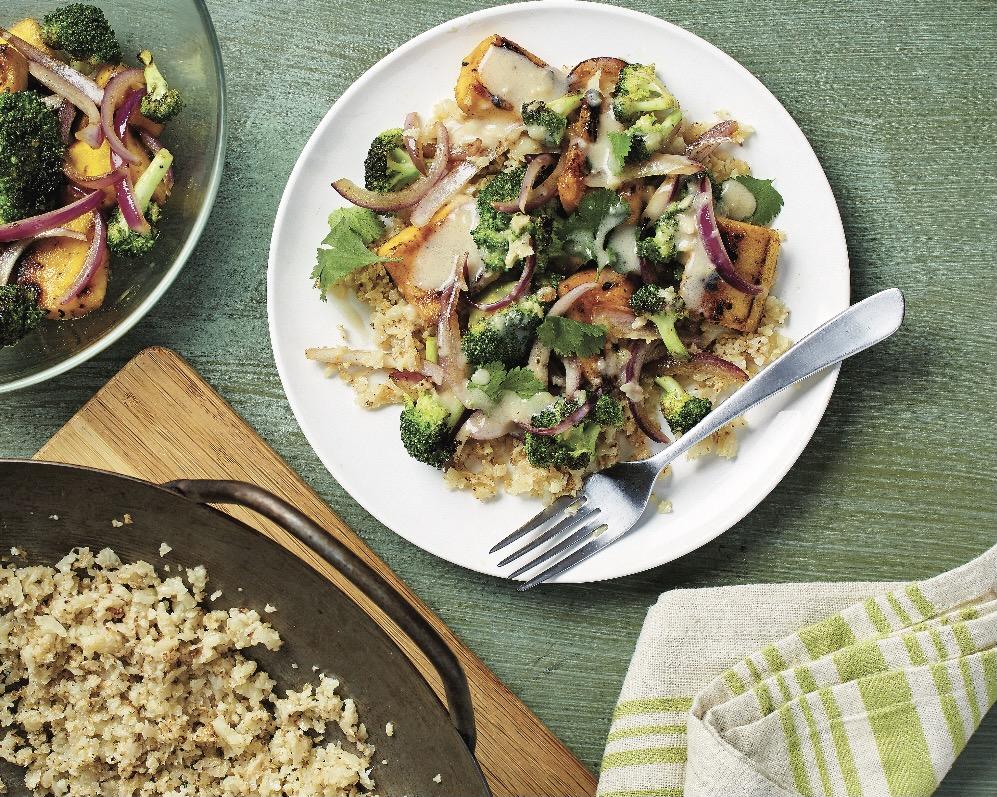 Once upon a time, 17 years ago on this very day tw