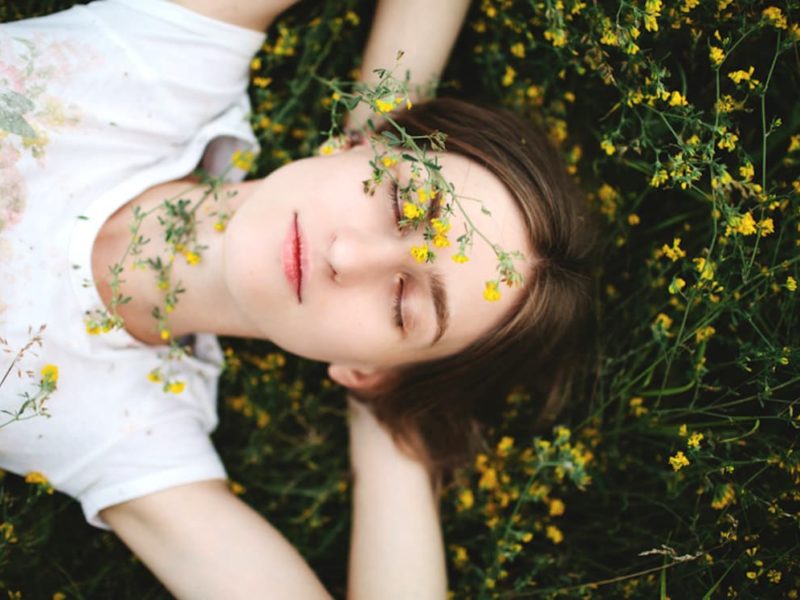 For the majority of human history, stress came from threats to life and safety, like being chased by predators and hunting for food to survive. In these modern times, life is much less dangerous. We have grocery stores. Comfortable couches. Phones to call 9-1-1. This means many of us could probably use a little more grit and a little more muscle tone, but for the most part, we are pretty lucky. Our stressors are tamer and rarely relate to our immediate survival. Oh no, traffic on the freeway is slow? The elevator is taking forever? You cracked your iPhone screen again? First World problem, as they say.

But there is one way in which stress in the modern world is, in my opinion, worse than it was for our ancestors: Rather than being acute, to get us out of danger, and then subsiding as it should, we have become prone to low-grade chronic stress, and it seems to be hurting us in ways our ancestors probably could never have. Low-grade stress, day in and day out, due to all the many minor problems in our modern lives, has done a number on our sleep quality and life quality.

Here’s what’s happening. Over time, humans have adapted to stress with something called conserved transcriptional response to adversity (CTRA), (1) a type of gene expression that’s associated with inflammation and low immunity. If you were being chased by a predator, CTRA allowed for some helpful short-term benefits, such as faster response time, increased healing ability, and quicker physical recovery. All these things, increased the likelihood of survival.

But in ancient times, humans weren’t chased by that saber-toothed tiger constantly. The stressful times would eventually calm down and allow the body to recuperate. Now, with our modern mental and emotional stressors rarely turned off, our body constantly thinks it’s being chased by a tiger. As a result, long-term activation of our brain’s CTRA is contributing (2) to chronic inflammation and increasing the risk of health problems.

Our emotional stress is a tiger chase that never ends, and it’s wearing on our brains and bodies.

This is your body on stress:

I previously wrote about all the ways modern stress can hurt our physical health, increasing the risk of many chronic conditions, from obesity to heart attacks and autoimmune problems. Inflammation is a common factor in all the different ways stress can damage health, but one particularly damaging pro-inflammatory protein is something called interleukin-6 (IL-6 for short.)

An interesting study, (3) published in the journal Brain, Behavior and Immunity, looked at the relationship between mental stress, our brains, and inflammation. The researchers had 41 healthy adult participants do something that most of us break into a sweat even thinking about: Math. As if that wasn’t scary enough, they had the test subjects do math in front of a group of judges, plus deliver a five-minute public speech. (This might sound like the researchers were finding new forms of torture, but it was all in the name of science.)

Afterward, the researchers took blood samples from the participants. They found that the longer they did math or spoke in public, the higher their IL-6 (inflammation) levels were. In fact, while you might think that the levels of inflammation would go down after the participants had been doing it for a while, but that wasn’t the case. On the second day of public speaking and problem solving, stress and IL-6 levels spiked even higher than on the first.

How self-compassion can fight inflammation from stress:

But what the researchers discovered next was also astounding. It turned out that the group with the highest measured levels of self-compassion before the study – the ones who had a better acceptance of themselves – had the lowest IL-6 (inflammation) response to the stress.

This is a powerful message: Stress in inevitable, but our relationship with ourselves in the present moment contributes to whether we flood our body with inflammation or find calming balance for our body to thrive. Think about it. Do you value yourself? Do you love who you are? Do you give yourself a break when you mess up?

This isn’t selfishness and it certainly isn’t a luxury. The study results strongly suggested that acceptance and compassion toward ourselves can fight chronic inflammation from stress and can in turn help decrease the risk of health problems. This is the immense power that your thoughts and emotions have over your health. I see so many people who eat perfectly but stay unwell in part due to the unhealthy emotional pain and stress they are holding on to. So let’s give ourselves a break, in the name of better health. Forgive yourself and forgive others. You can’t heal a body you hate.

What you can do to boost self-compassion:

One of the side effects of our new breed of chronic stress is the mental and emotional alienation from ourselves and others. Modern life encourages us to get lost in our own minds, not to mention in the great river of information to which we are exposed almost every minute. Many of us are constantly consumed with obsessive, repetitive thoughts and negative self-talk.

To change course, I recommend practicing daily habits that bring peace and calm into your life, such as mindfulness meditation and yoga, as well as taking breaks from social media and cell phones.

Finally, just be kind to yourself. Make it a daily practice to have unconditional acceptance of who and where you are right now. Because what’s a saber toothed tiger compared to self-loathing? A little self-compassion might just save your life.