How To Take Advantage Of The Anti-Inflammatory Benefits Of Turmeric 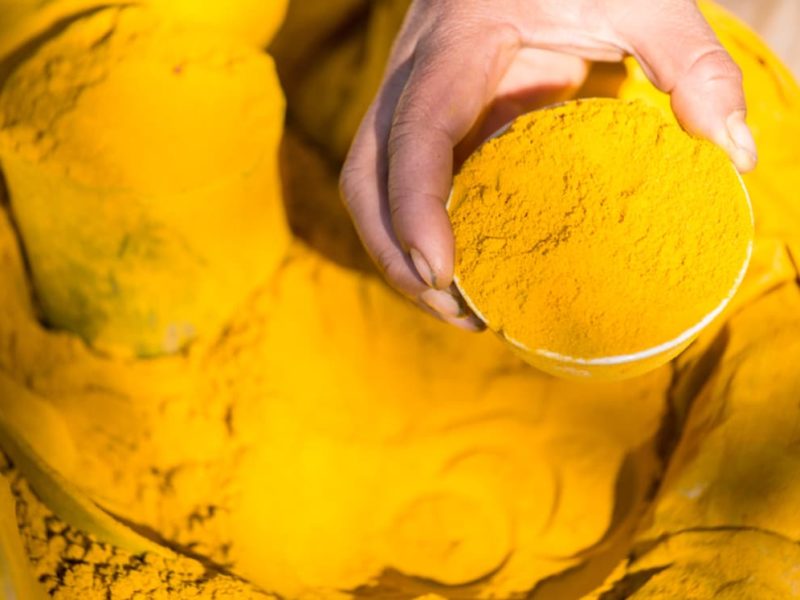 From the buzz in the health food world about the humble yellow spice called turmeric, you would think if you’ve got 99 problems, turmeric could solve about 86 of them. But is it true, or is it hype? Is turmeric as amazing as everyone says it is, or just another pill you’re supposed to add to that endless list of “I should probably take that.” Well, my friends, here is your definitive guide on all things turmeric.

What exactly is turmeric?

Turmeric is produced from the underground stems of the plant Curcuma longa, which is related to the ginger plant. Turmeric has been used for thousands of years in Ayurvedic medicine – it’s what gives curry it’s beautiful yellow color. The active ingredient in turmeric – the component with the anti-inflammatory superpowers – is curcumin. Because of the large amount of evidence of curcumin’s powerful anti-inflammatory benefits, it’s now commonly extracted and standardized in higher doses to be put into supplements.

What's the science on curcumin?

The commonality between just about all research done on turmeric and curcumin boils down to one thing: inflammation. Inflammation is not inherently bad; it’s actually an important part of our immune system that fights off viruses, bacteria, and keeps you alive and well. Chronic inflammation occurs when inflammation lasts longer than it needs to – it becomes like a forest fire burning in perpetuity. This imbalance in the body’s natural inflammatory response has been linked to most of the major chronic health problems people suffer from today. (If you want to know how to determine your inflammation levels, check out my inflammation-fighting guide).

The curcumin in turmeric has been demonstrated to decrease inflammation in a powerful way, and the research on this spicy health-promoter shows its benefits are legion, improving many common and serious inflammation-based issues:

An article (15) in the scientific journal Nature recently pointed out a few pitfalls in curcumin research:

Are there any side effects to curcumin?

While there are no widely acknowledged and tested side effects to eating turmeric or taking curcumin (or turmeric) supplements, one study (16) has suggested that at higher doses, curcumin was not protective and may contribute to cellular damage. It’s important to remember that even with natural options, what works for one person may not be right for you, so work with a qualified functional medicine doctor to determine what dose – if any – is right for you.

How can I get a daily boost of turmeric?

If you want to go the supplement route, a good general maintenance dose of curcumin that has been shown (17) to be safe and effective is 10 grams each day – and that is a lot! To boost your curcumin absorption, add black pepper, which contains piperine, a substance that increases (18) the bioavailability of curcumin by 2,000 percent. My supplement The Curcumin combines the power of curcumin and piperine for the one of the most bioavailable forms of curcumin on the market.

But you don’t need to pop more pills to get the anti-inflammatory benefits of curcumin. Just add turmeric powder to soups, smoothies, and just about any dish that needs a little extra taste and color. Another one of my favorite ways to get my turmeric is to mix it in elixirs, like the following:

Blend all ingredients in a blender. Serve cold or, if it’s chilly where you are, warm it up in a pot and enjoy!

Blend ingredients well in a blender. Pour into saucepan and heat for 3 to 5 minutes over medium heat until warm. Pour into mug and enjoy!