Your Go-To Guide To Homocysteine: What It Is + Why It Matters For Your Health 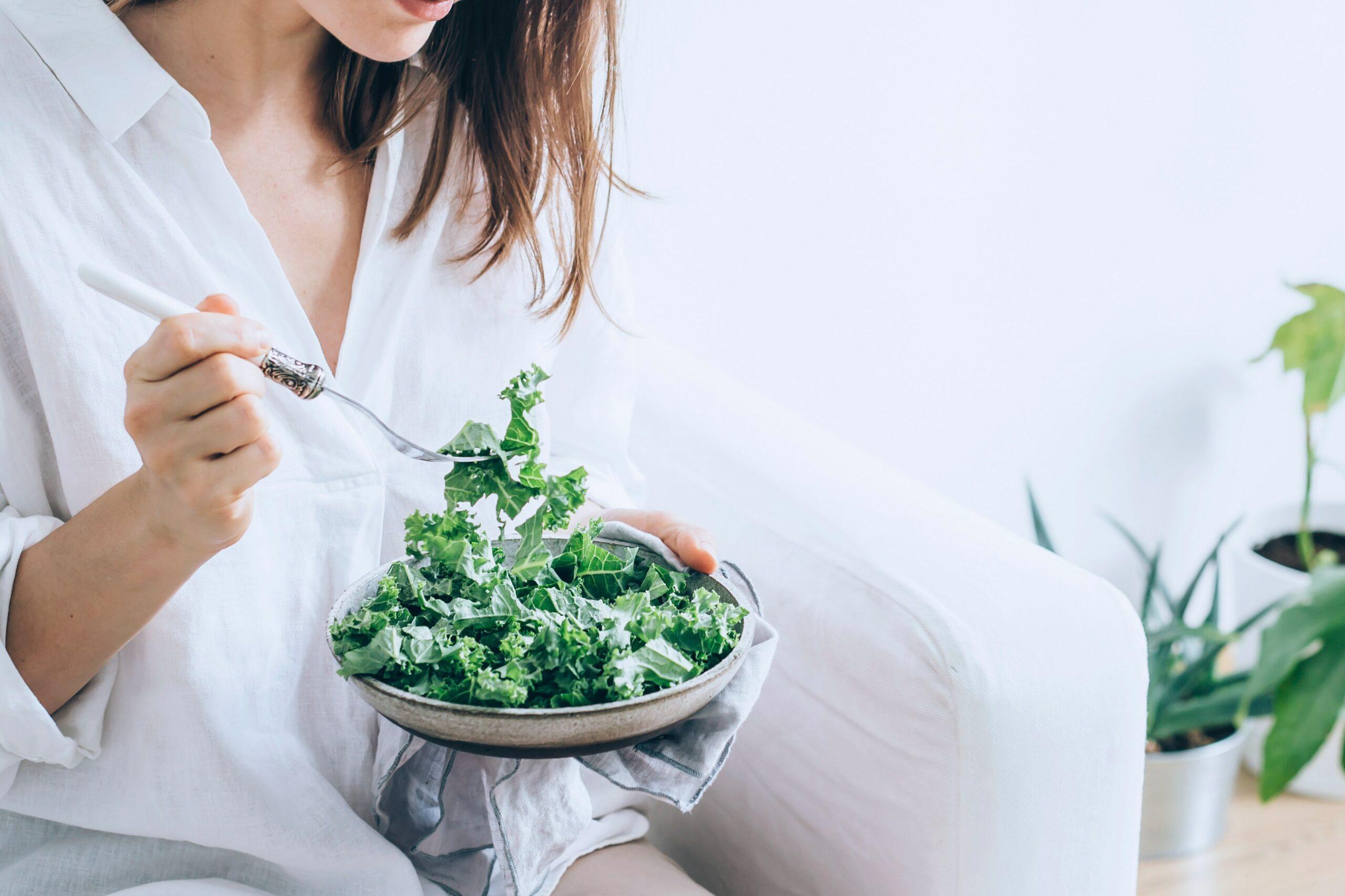 If you worry about heart disease, you may have heard of something called homocysteine. What is homocysteine and how does it affect overall health? Homocysteine is a type of amino acid, a chemical your body uses to make proteins. Even though we all need some level of this amino acid in our bodies, when homocysteine goes too high, you could be at a greater risk of autoimmune conditions, heart disease, and other chronic health issues.

As a functional medicine practitioner, it’s my job to uncover the root causes of chronic health issues to help you figure out why you’re not feeling as good as you could. One of the ways I do this is by running labs conventional doctors may not consider when determining a patient’s overall health. However, I find that running labs is a good way to discover underlying dysfunctions that might be contributing to ongoing health problems, in order to make a plan for health restoration and optimal wellness.

While many doctors may run a homocysteine lab on those with known heart disease risk, they may not run it on anyone else. Homocysteine is one of the main things I look at when someone comes into my clinic because it is often overlooked.

Homocysteine is a type of amino acid, a chemical your body uses to make proteins. Normally, vitamin B12, vitamin B6, and folic acid break down homocysteine and change it into other substances your body needs. After this, there should be very little homocysteine left in the bloodstream.

What your homocysteine level means for your health

Homocysteine is regulated during a biochemical process known as methylation. Methylation acts like a big biochemical superhighway, influencing and helping to regulate your immune system, brain, hormones, and gut. The methylation process occurs about a billion times every second in your body, and if it isn’t working as well as it should, chances are, you will feel it. Methylation gene mutations, such as the MTHFR variation, are closely associated with autoimmune-inflammation spectrum issues, and keeping homocysteine at a healthy level (not too high).

If you have one or two mutations at the MTHFR C677t gene, your body is not as efficient at managing homocysteine. For example, I have a double mutation of this gene, so I have to be extra diligent in supporting that genetic weakness. Fortunately there are some things you can do to keep your homocysteine in check, even if you are genetically predisposed to have problems in this area.

When homocysteine is too high

In addition to the influence of genetic mutations, such as the MTHFR mutation, that can cause elevated homocysteine levels, (1) homocysteine can also rise too high due to lifestyle. Certain medications, a poor diet, toxin exposure, hormone imbalances, and stress can all influence homocysteine. Another major contributor is a deficiency in B vitamins.

B vitamins from food and supplements act as methyl donors that help keep your body’s homocysteine at a healthy level and methylation working optimally. Homocysteine will use these methyl donors to produce the über-beneficial compounds SAMe and glutathione, which is extremely important for your health. Your body needs SAMe and glutathione to put autoimmune symptoms into remission. This happens through glutathione’s role as the body’s most powerful antioxidant and SAMe’s ability to protect nerves and support neurotransmitters like serotonin and dopamine. When methyl donors are inadequate, homocysteine can build up and continue to increase.

The optimal range for homocysteine in functional medicine is less than 7 μmol/L. When homocysteine is higher than this, you can see it play out in a multitude of seemingly unrelated health problems, including those related to autoimmunity and chronic inflammation.

One of the most important things methylation does is keep the good genes turned on, and keep the bad genes turned off. When methylation isn’t working correctly, genes that can trigger autoimmune issues can get turned on, leading to serious health problems. High homocysteine levels are associated with incredibly common autoimmune diseases like Hashimoto’s disease, rheumatoid arthritis, and psoriasis. So to avoid a higher risk of these conditions, it’s best to keep methylation working and homocysteine in normal range.

Homocysteine is most notorious for its link to an increased risk of cerebrovascular, heart, coronary, and peripheral artery diseases. (2) Especially high homocysteine levels have been connected to coronary artery disease and higher risk of hardening of the arteries. Even moderate levels can increase risk.

Heart attack and stroke can be brought on by autoimmune conditions—lupus and autoimmune thyroid disease, in particular—which we have seen are also affected by homocysteine levels, creating a double whammy of dysfunction. I’ve written many articles before about how low cholesterol is not a good indicator of a healthy cardiovascular system, but homocysteine is. In fact, research shows that not only is it more important than cholesterol, but inflammatory markers like homocysteine are actually a better indicator of heart disease than other well-known risks like smoking and high blood pressure. (3)

If you are like most people, you fear dementia, and high homocysteine levels can affect the brain because it can be toxic to neurons (4) and other cells. (5) Normally, old and damaged cells do get flushed out of our systems from the autophagy process (which is our cells’ way of self-cleaning) to keep our brains healthy and avoid the premature death of healthy cells associated with cognitive decline. But did you know that many diseases that cause cognitive decline also have an autoimmune component?

Parkinson’s disease, Alzheimer’s, and multiple sclerosis are all neurological autoimmune spectrum diseases and can be linked to high homocysteine levels. As homocysteine rises, it can start to destroy the blood-brain barrier, which can cause “leaky brain syndrome.” According to recent research, when homocysteine levels increase to 14 µmol/L or higher, the risk of Alzheimer’s doubles. (6) This is especially important considering the growing rate of Alzheimer’s in the U.S.: Over 5.7 million Americans suffer from Alzheimer’s today, and that number is expected to rise to 14 million by 2050. But you can decrease your chances of succumbing to cognitive decline, dementia, and the epidemic of Alzheimer’s disease by keeping methylation pathways healthy. Lowering homocysteine is crucial to protect your brain from dementia.

Homocysteine can also affect the brain in less severe but debilitating ways, particularly by increasing the risk of depression. Various studies have connected depressive thoughts to higher homocysteine levels. High homocysteine has been correlated with low serotonin levels, which are a known contributor to depression. According to some experts, the high homocysteine levels present in women after giving birth contribute to postpartum depression. (7) Men are not immune, however. A recent study involving a large group of men showed that those with the highest homocysteine levels (in the top third of those studied) were twice as likely to struggle with depression than those in the lowest third.

Getting your homocysteine tested

The more gene polymorphisms you have, the more susceptible you will be to methylation issues. When you know that you’re at a higher risk for autoimmune disorders from genetic predisposition, you and your doctor can understand your health case better and take more targeted and personalized steps to overcome your particular deficiencies. This can include making sure you’re correcting any nutrient deficiencies, supporting the health of your immune system by eating an anti-inflammatory diet, getting plenty of sleep, moving your body regularly, and repairing your gut health.

Another helpful step is to see a functional medicine practitioner. Along with the homocysteine and methylation labs, a functional medicine practitioner will find out all about your health history and lifestyle, and will order additional labs that seem appropriate for your unique situation, to get a better understanding of your entire health case. Lab testing will help bring any other underlying health issues to light, to help you reach optimal health.

But you don’t have to wait for an appointment with your doctor. If you want to start lowering your homocysteine levels right away, you can begin by ensuring that you’re consuming enough B vitamins. Activated forms of folate (methylfolate), B6 (oyridoxyl-5-phosphate), and B12 (methylcobalamine) are the best options to ensure healthy methylation pathways. The best way to get these vitamins is through food, so focus on  vitamin-B-rich, methylation-supporting foods like green leafy vegetables, sulfur-rich vegetables like cabbage and broccoli sprouts, wild-caught fish, grass-fed beef, and organ meats like grass-fed liver. (8) The healthier your diet and lifestyle, the lower your homocysteine, and the lower your homocysteine, the better that all-important methylation process will work for you.

“Not a morning person” isn’t a personality t

Everyone wants to hack their way to a longer, heal